The republic of Zambia covers 752.614 km2 and has a population of twelve million. This republic, under the Presidency of Michael Sata, is a Commonwealth and COMESA member, with English as its official language. However, more than 72 languages or dialects coexist throughout the territory.

Zambian agriculture employs 70% of the working population, representing 25% of the GNP.
Sugar production is in surplus. The other sectors represented in the GNP are the mining industry, specifically copper, and the tourist industry.

Zambia is a politically stable country that has not experienced ethnic unrest, wars of independence or wars with neighboring countries in the last 250 years.

In parallel with the parliamentary system, Zambia has maintained its customary laws and traditions. Customary chiefs administrate and control land occupation. 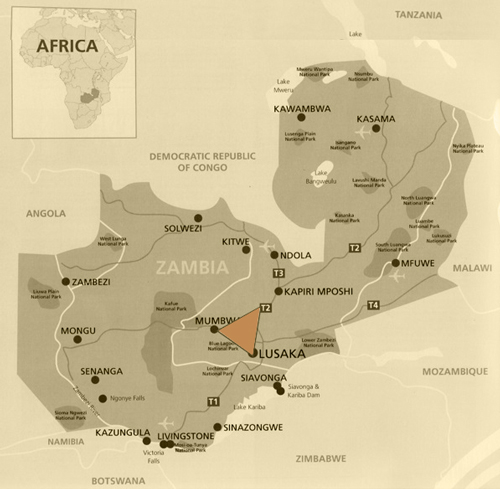